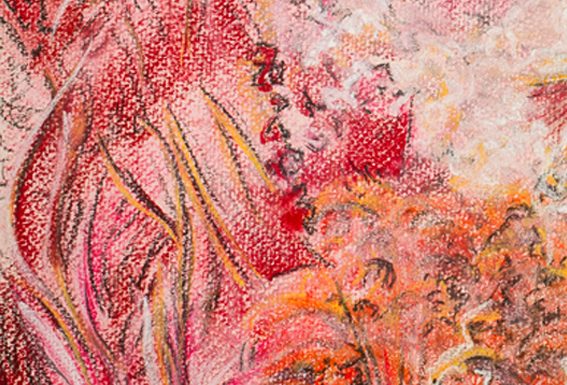 In addition to all the wanderlust, and the desire to see the world, I have noticed a need to connect with my home and to explore the area around my ‘base camp’. This is one of the places I rediscovered: the Japanese Garden in Leverkusen.

Leverkusen, my home, is not exactly known for its beauty and vistas – if it’s known at all, that is. The city lies exactly at Germany’s most used motorway intersection. The ICE trains cross the city on their way to or from Cologne and Düsseldorf. All that people passing through by train or car are able to see are office buildings, chemical plants, commercial areas et cetera. If they’re quick enough they may see our UFO. That’s our town hall. Which sits on top of a mall…
And the football stadium which sits right next to one of the motorways – seriously, a little bit closer and you’d have to pay an admission fee on match days. (P.S.: If you’re not German, and have heard of Leverkusen before, then you’re probably a British football fan 😉 )
But seriously, there are many beautiful places in this city, only most people never get to see them. 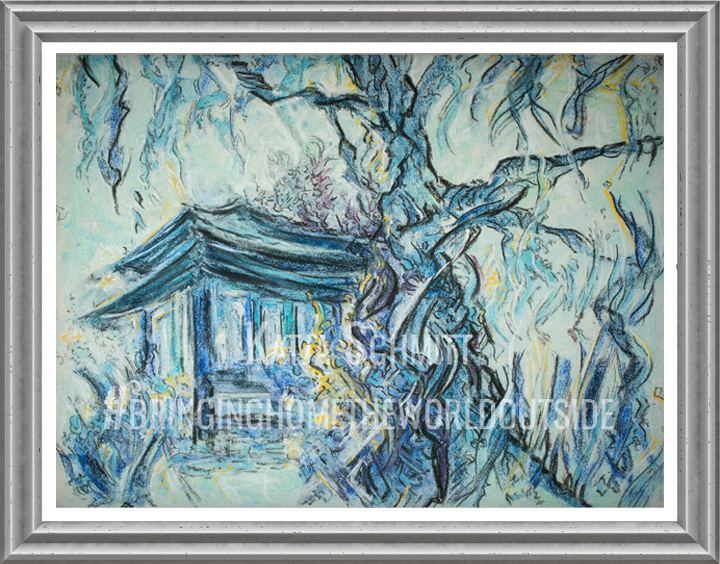 These paintings are about one of those places, a lovely little garden that is situated in a small park smack dab in the middle of some of those chemical plants and office buildings I mentioned above. It’s a hidden gem (it has actually been voted into the top 5 of Germany’s parks once). Sometimes I think even the natives have forgotten about it.
The garden was first designed in 1912, was moved about a few times – and the land it’s located on belongs to Cologne today (but psssst, we don’t talk about that!)
Who knows, maybe your work will take you to the ‘Chempark’ one day – it *is* big international business after all – so you might be thankful for the knowledge that there is a beautiful little place very near you, where you can take a deep breath, drink in the oxygen, the stillness, and the ease.
It’s like a Zen station.
You’re welcome! 🙂 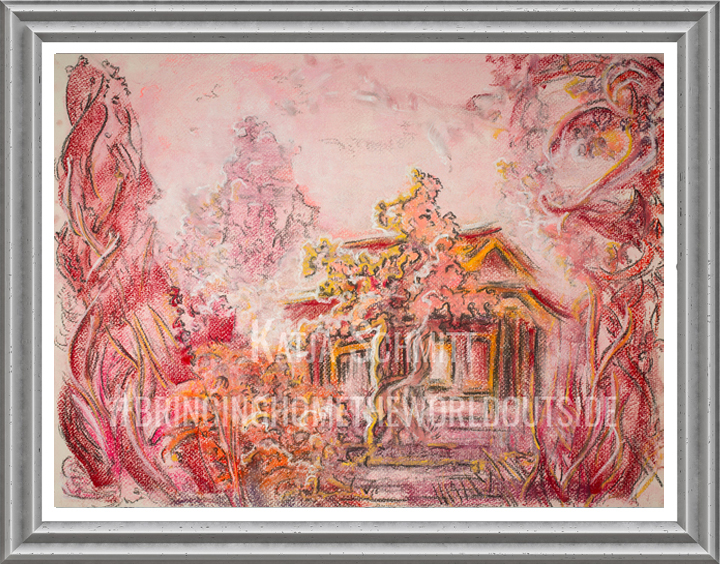 As I am writing this (summer 2017), road building plans are put into place that will probably ruin our city, and we will almost certainly have an environmental disaster on our hands that I cannot even really imagine right now. Seriously, during the last town hall meeting I thought I was witnessing a bad reenactment of ‘Erin Brockovich’.
That is the reason, btw, that you will see articles and images with the hashtags ‘levmussleben’ (Leverkusen must live) and ‘kombilösung’ (the short term for the traffic solution I support) in my social media feeds from time to time.

However, I want to close this post on a more positive note, so I’ll show you some glimpses of my sketchbook: 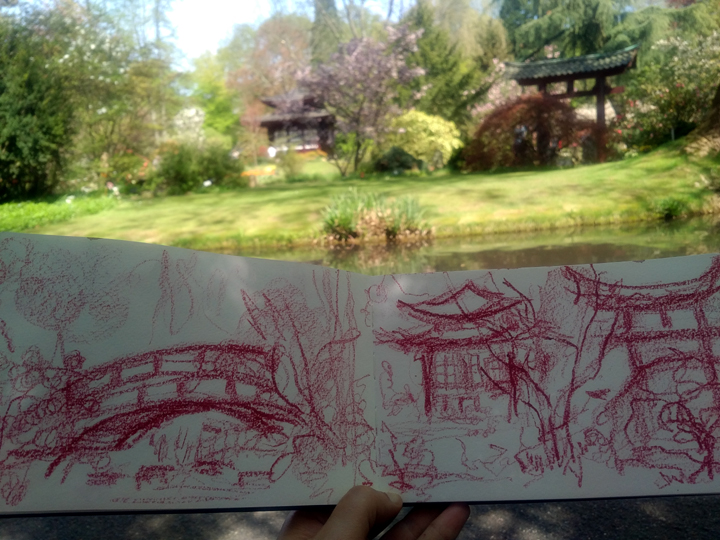 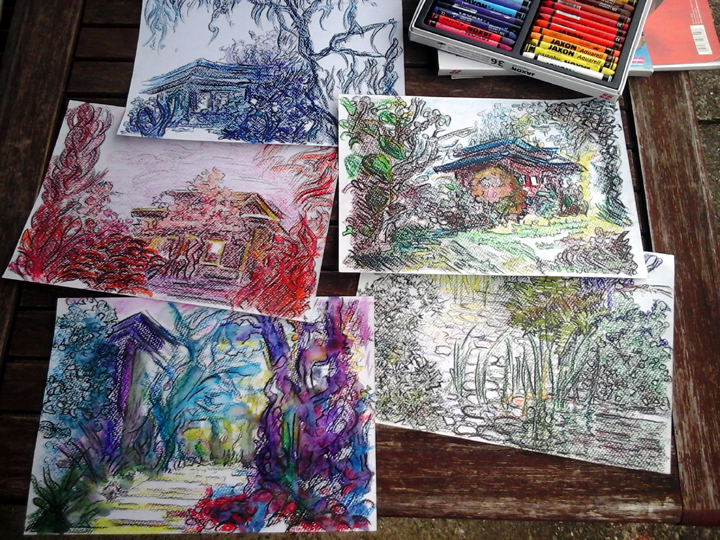 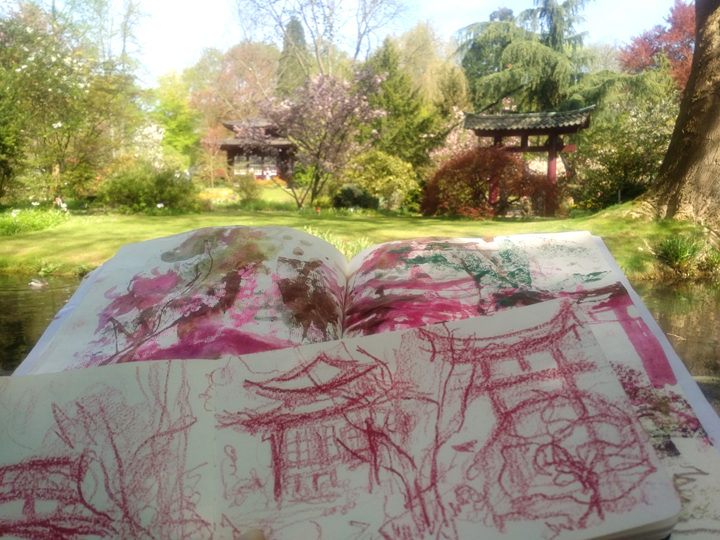