Zons – Medieval Stronghold on the Rhine 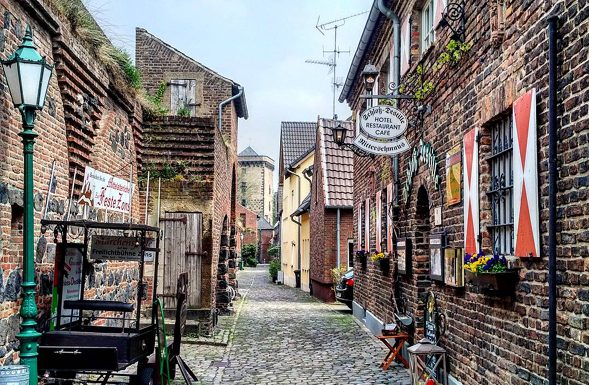 Would you like to have a real taste of the Middle Ages? Visit Zons!

Halfway between Cologne and Düsseldorf, the village has existed since the 7th century. Maybe even earlier. Archaeologists discovered Merovingian artifacts… In the 14th century the settlement received town privilege, and it became a stronghold with fortifications, which survived almost completely intact until today.

Zons is one of the very few – to such an extent – well preserved medieval towns. It’s not called ‚Rothenburg of the Rhineland‘ for nothing 😉

A walk along the city walls of Zons wouldn’t take a lot of time, if there weren’t so many interesting old buildings and towers and alleys to discover!

This post won’t be text-heavy. I’d like to share some photos of my visits instead. Zons is a town I can reach by bicycle, so on weekends, when I have time, I sometimes ride downriver, take the ferry boat across the Rhine, and then explore a bit. 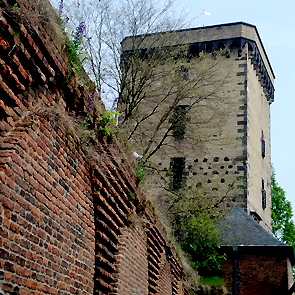 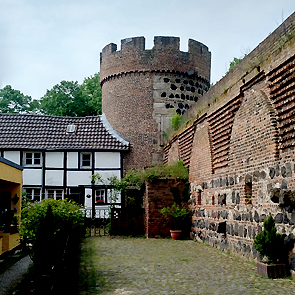 On the left: the Rhine-Tower (Rheinturm). The tower adjoins the tollhouse, and in both buildings they collected and managed customs.
On the right: Another one of several towers you encounter while walking along the city walls / fortifications of Zons on the Rhine: it served as watchtower, prison, warehouse, dungeon, silo… and quarantine for people with the plague. It’s called Krötschenturm , krötsch = krank = ill => tower of ill people. 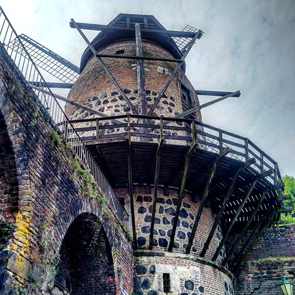 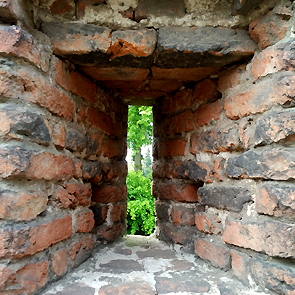 On the left: The windmill of Zons. One of the town’s landmarks. It was elaborately and costly renovated a few years ago. 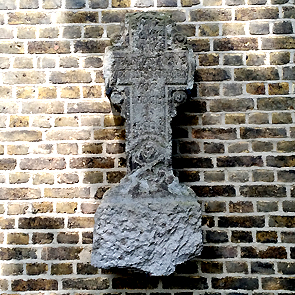 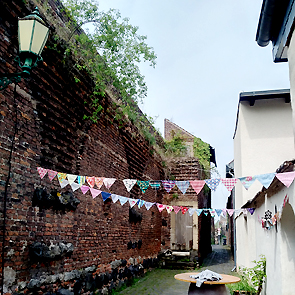 On the left: They found mention of a church from the 11th century, then the archbishop of Cologne built a gothic church in the 14th century, and in the 19th century it was replaced by a neo-gothic new building. But you can find these medieval relicts on the outer walls of the church. 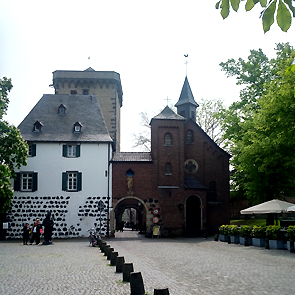 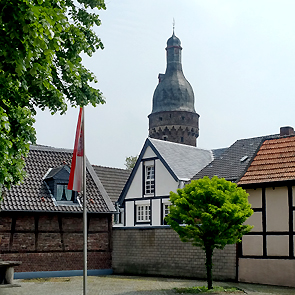 On the left: The Rhine-Gate (Rheintor) leading to the tollhouse.
On the right (in the background): The Judde-Tower. The name most likely goes back to a patrician family named Judde from Cologne. As far as historians know, the tower served as the town’s dungeon. Prisoners were locked up in this very narrow tower, which is quite tunnel-like and with barely any light. The old walls from the 14th century are still intact.

Is it any wonder that Zons inspired a crime & mystery series that spans seven novels so far?

But it’s not all crime and punishment, dark ages and pestilence…

There are many events throughout the year, but what I really like are the open-air fairy tale festivals, which have been going on every summer since 1935. This year (2017): Aschenputtel / Cinderella!
I will definitely try to catch a show.

Here are a couple of ink sketches from my journal: 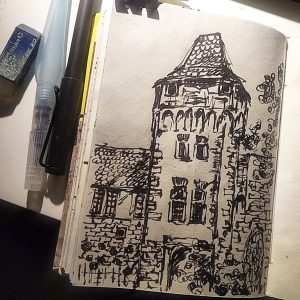 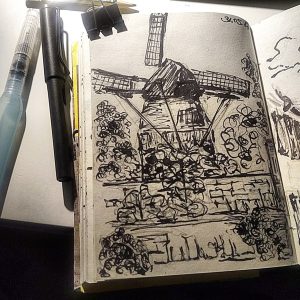 I want to close this post by giving you an impression of the Lower Rhine’s landscape. The meadows around Zons are beautiful! 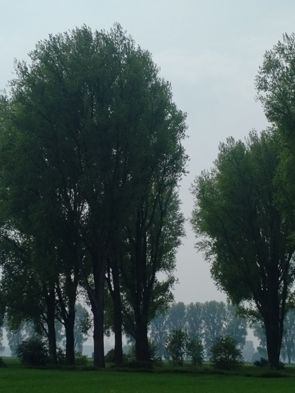 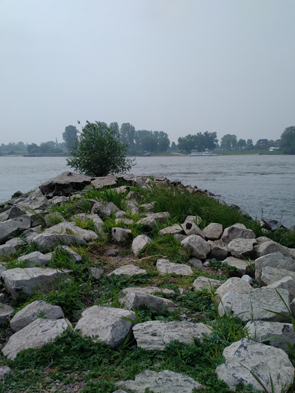