Another moving day. We drove from Queenstown via Garston, New Zealand’s most inland village, to Lake Manapouri.

We drove from Queenstown to the Fiordland region. And I am still very glad that we decided not to stay in Te Anau but enjoyed the peace in Manapouri instead. 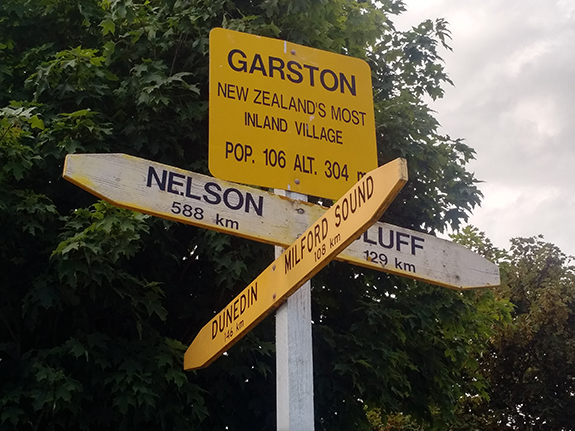 On the way we passed through Garston, a small, very nice town (or village), which is also New Zealand’s most inland place.

We had delicious coffee at the Coffee Bomb – „New Zealand’s most inland food truck serving the finest coffee“. 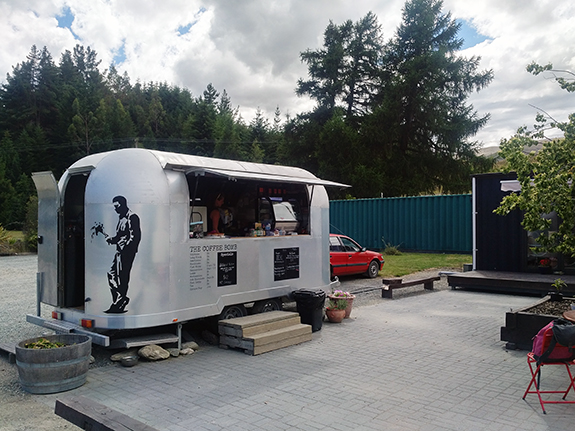 There are no pictures from the trip. We were both a bit exhausted and took turns driving. 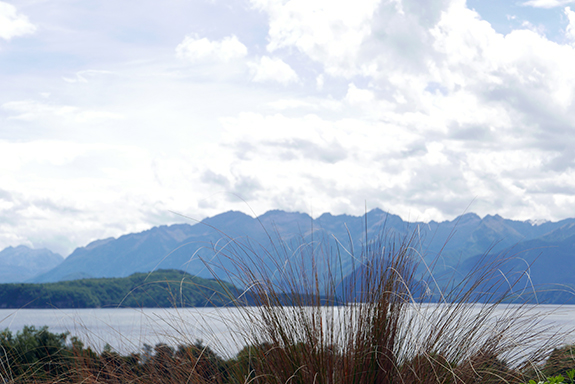 We also visited Te Anau briefly after checking in at the motel, but mainly spent the afternoon at the lake near our motel. My sister went swimming and I did a bit of painting – and chatted with a little girl (and her mother) who wanted to know what I was doing 🙂 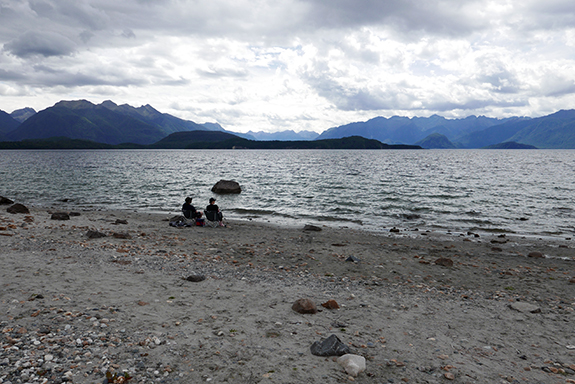 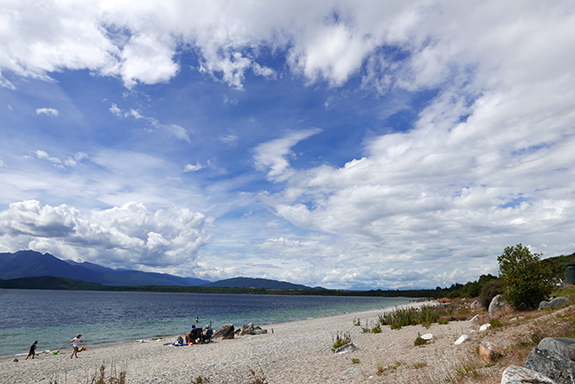 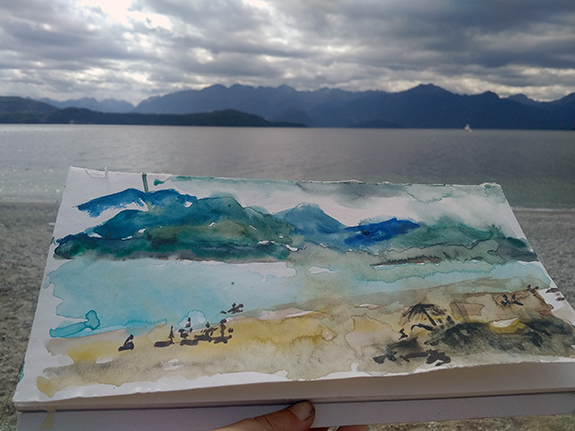 One of my ‚watercolour action sketches‘. 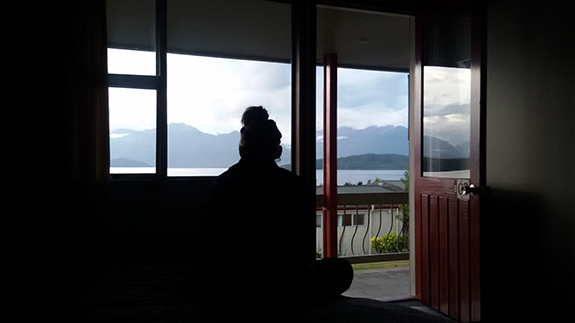 The scenery was changing every half hour at Lake Manapouri, and this was one of the views from our motel room. 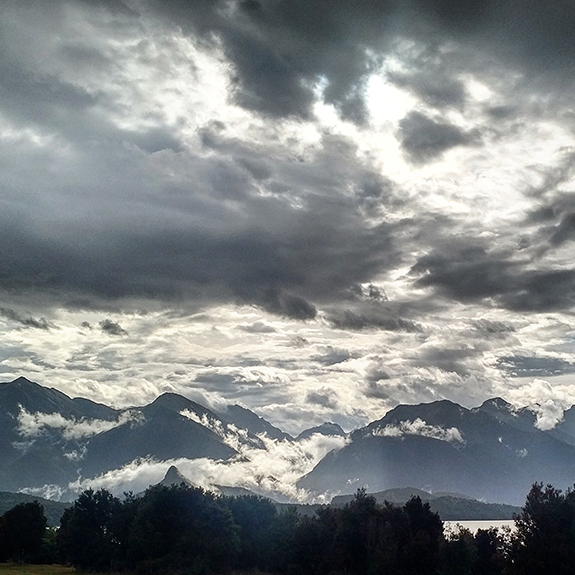 I have a whole series of photos, each completely different than the next… 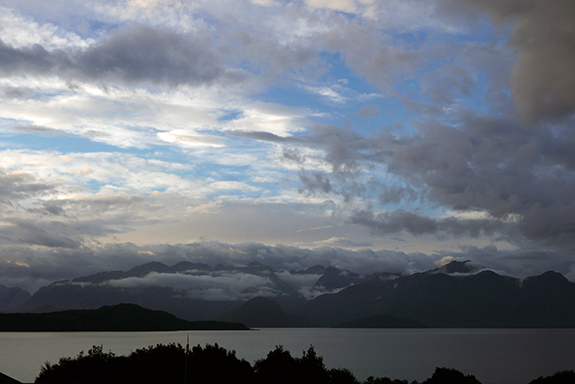 Maybe this explains my difficulties in painting this place: I cannot decide!! When I posted on Instagram that day, I wrote „I have no words“. That is still true.

Four years later, at least I managed a watercolour sketch as a study for a pastel painting I want to do later. 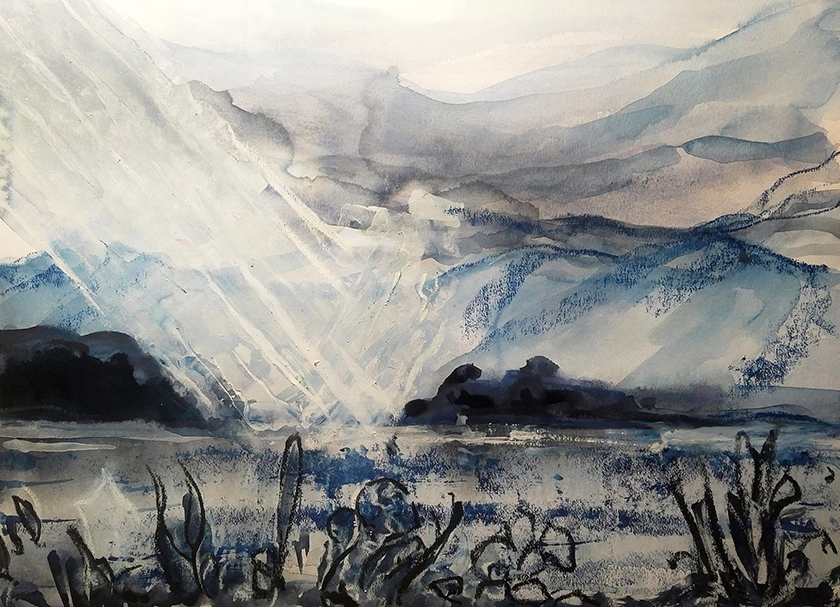 One of my mini watercolour paintings from 2018 was loosely inspired by Lake Manapouri, too. 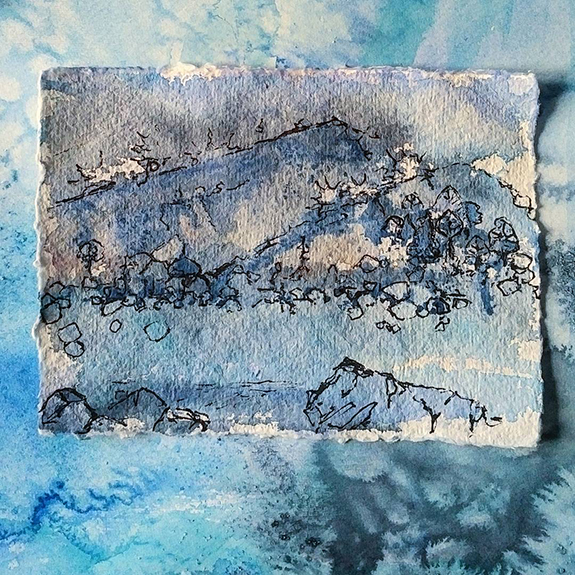